Your apartment to rent in the south of Tenerife

Violeta del Teide is a fully equipped apartment for rent in the south of Tenerife with all the necessary furniture. This rental house has 2 bedrooms, one double and one single; a bathroom with shower, living room, kitchen with silestone and storage room.

All rooms in this apartment for rent in Tenerife have double glazed windows and shutters. This apartment is located on the first floor of a building without an elevator, located in a very quiet area with easy parking.

Located in one of the best areas to rent apartments in Tenerife, Violeta del Teide is a comfortable apartment with a large number of services in the surroundings, easily accessible walking or by car. 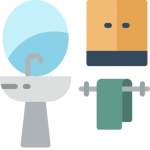 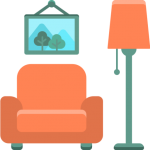 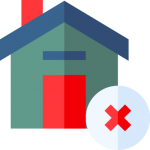 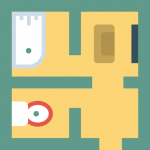 Do you want to live in our rental apartment in Tenerife south? 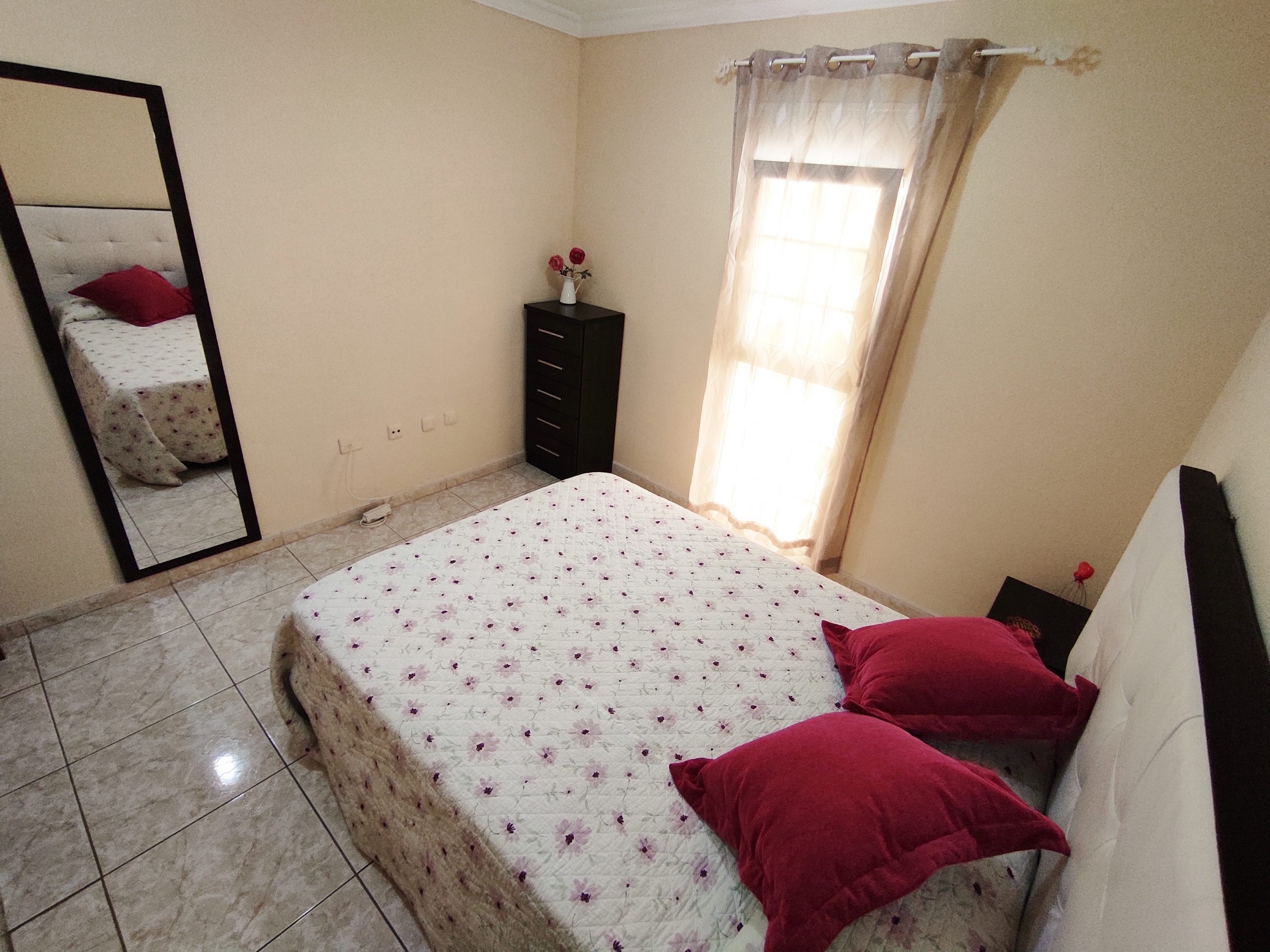 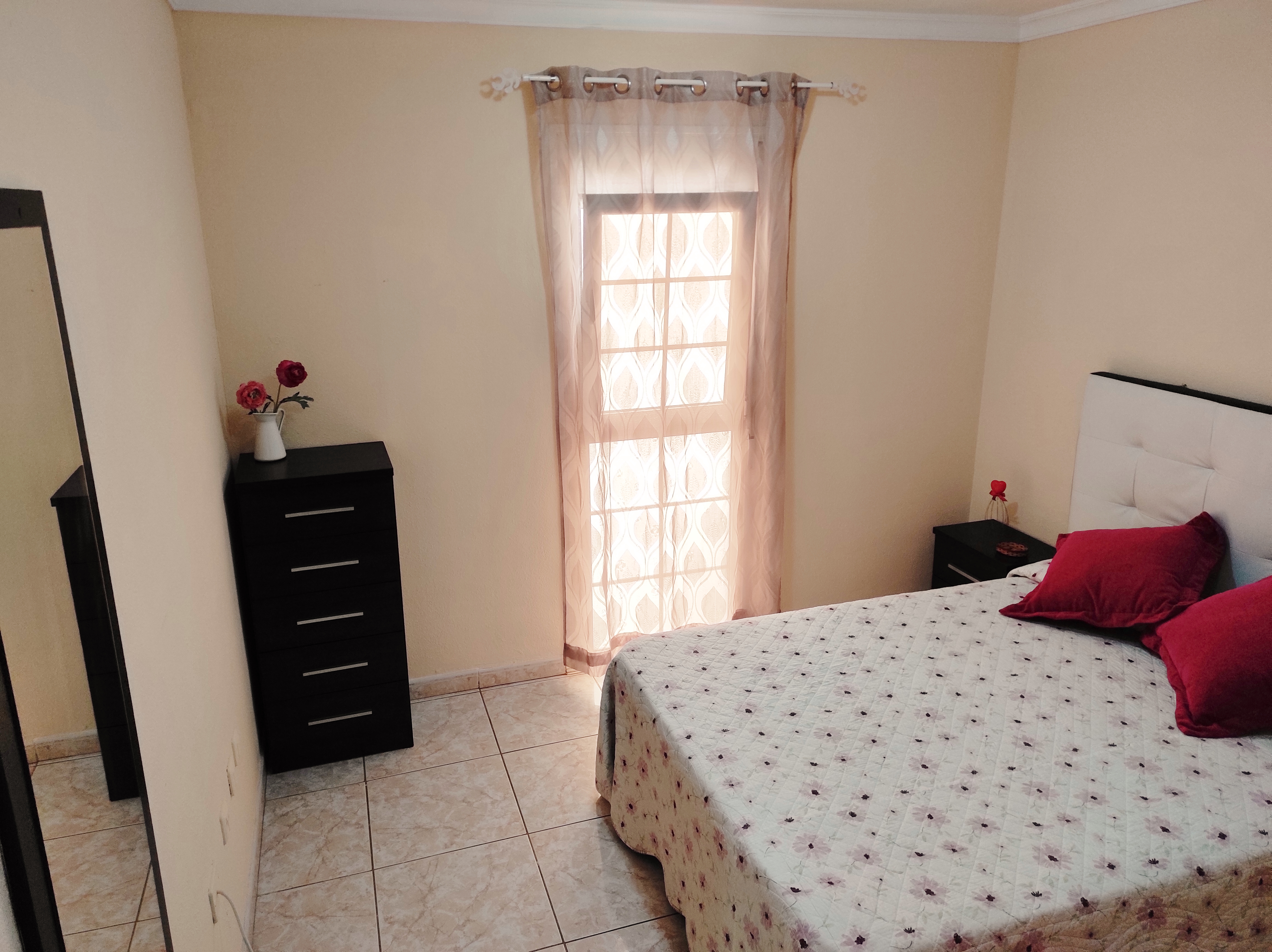 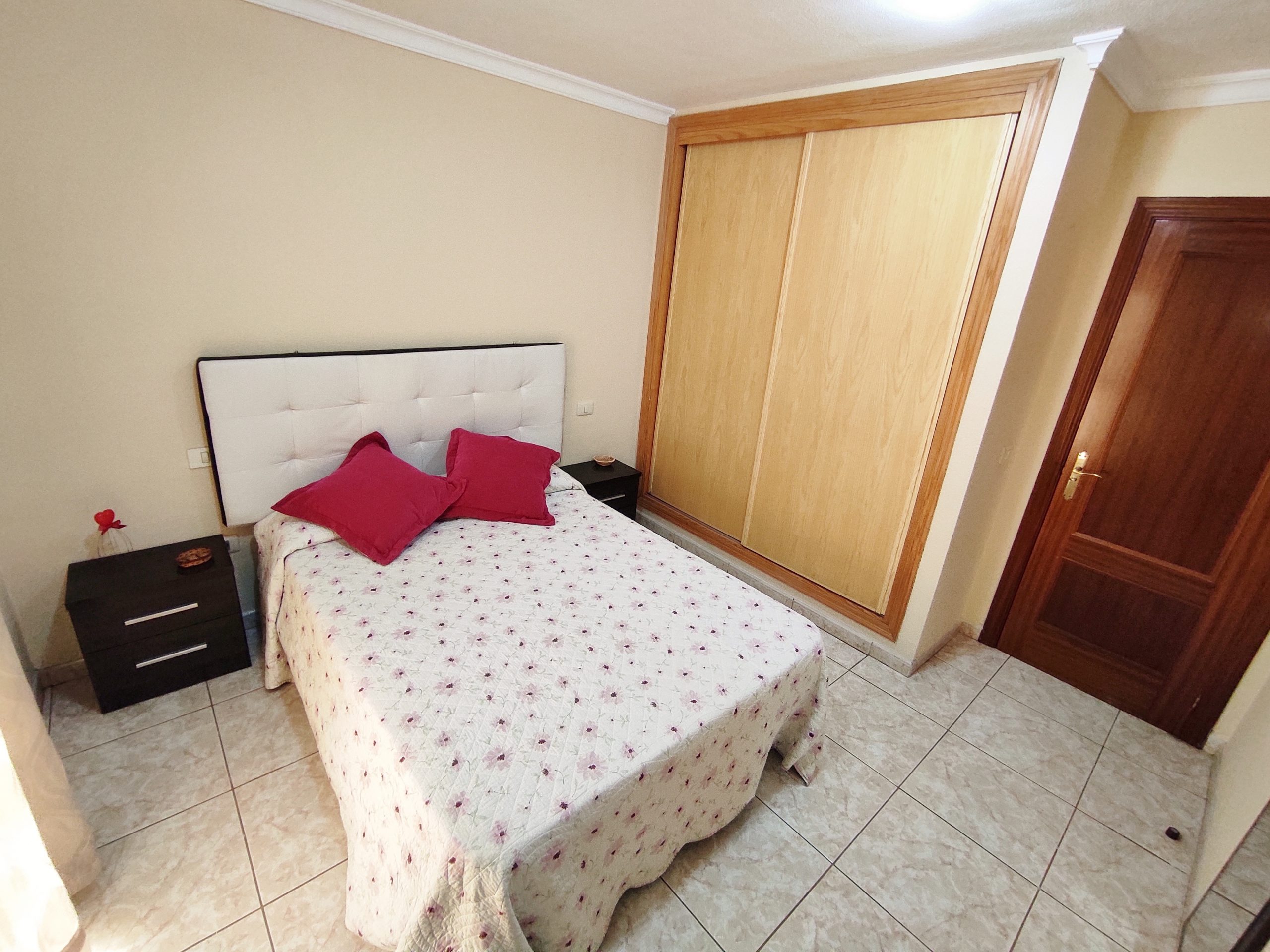 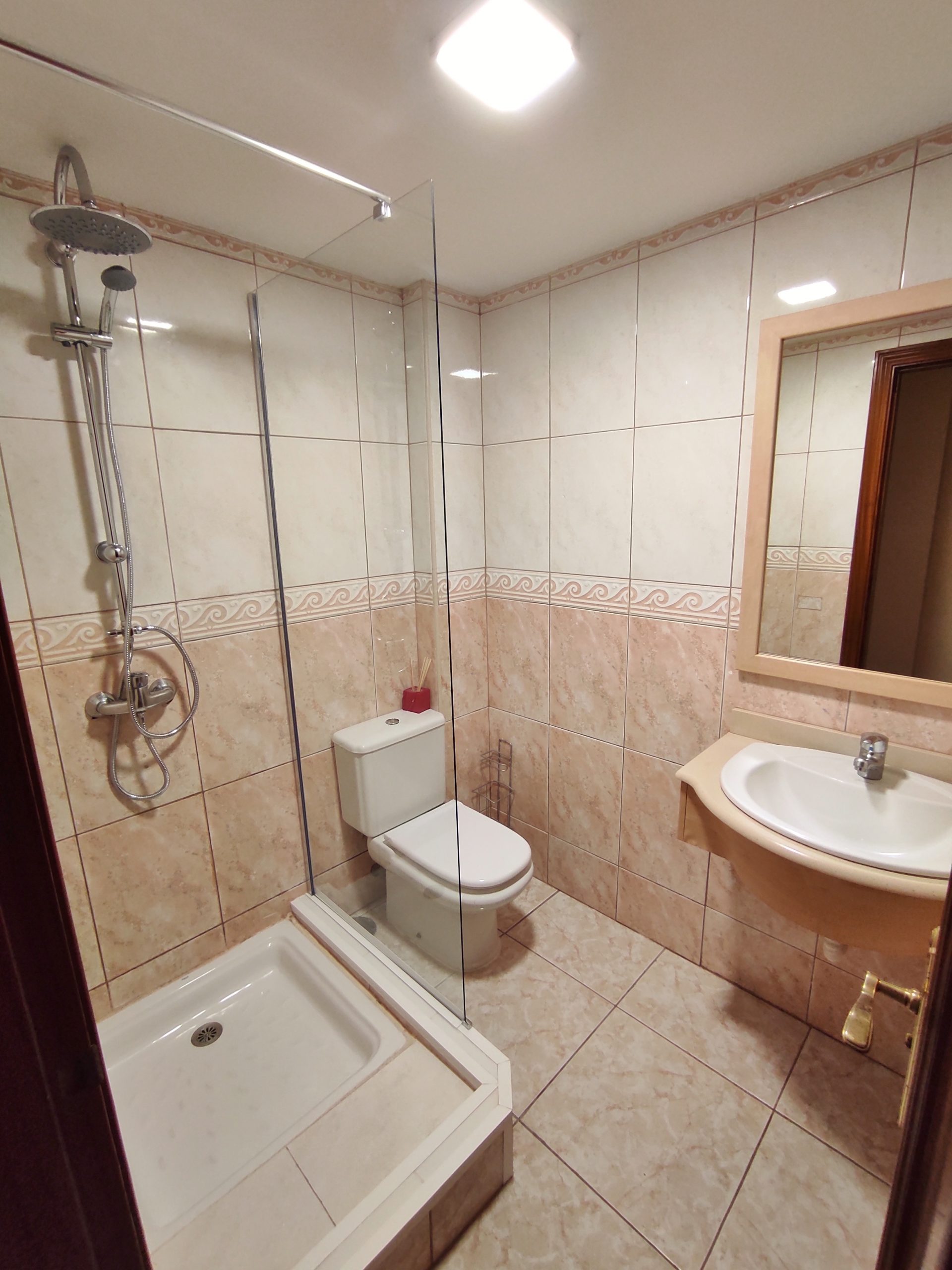 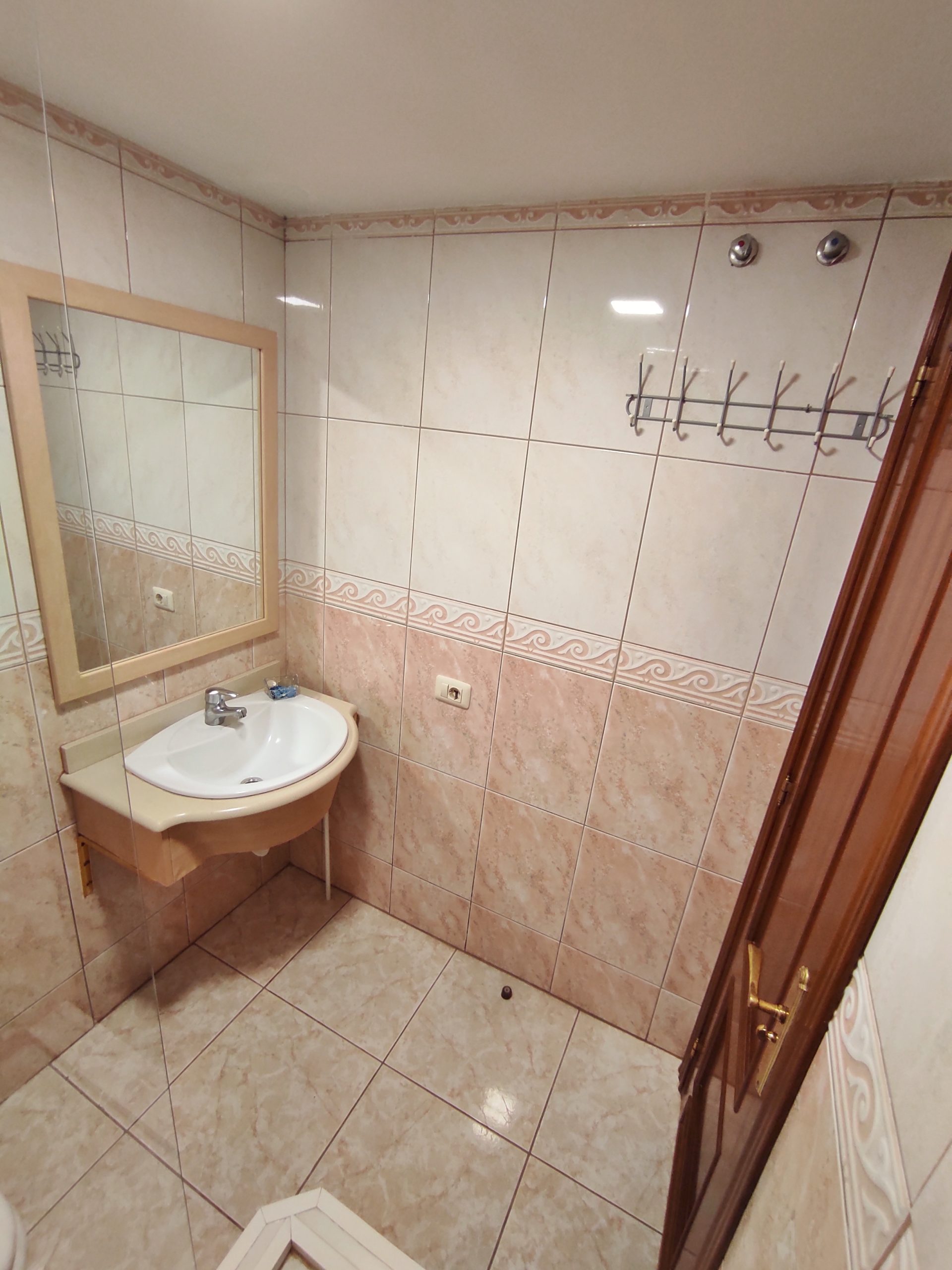 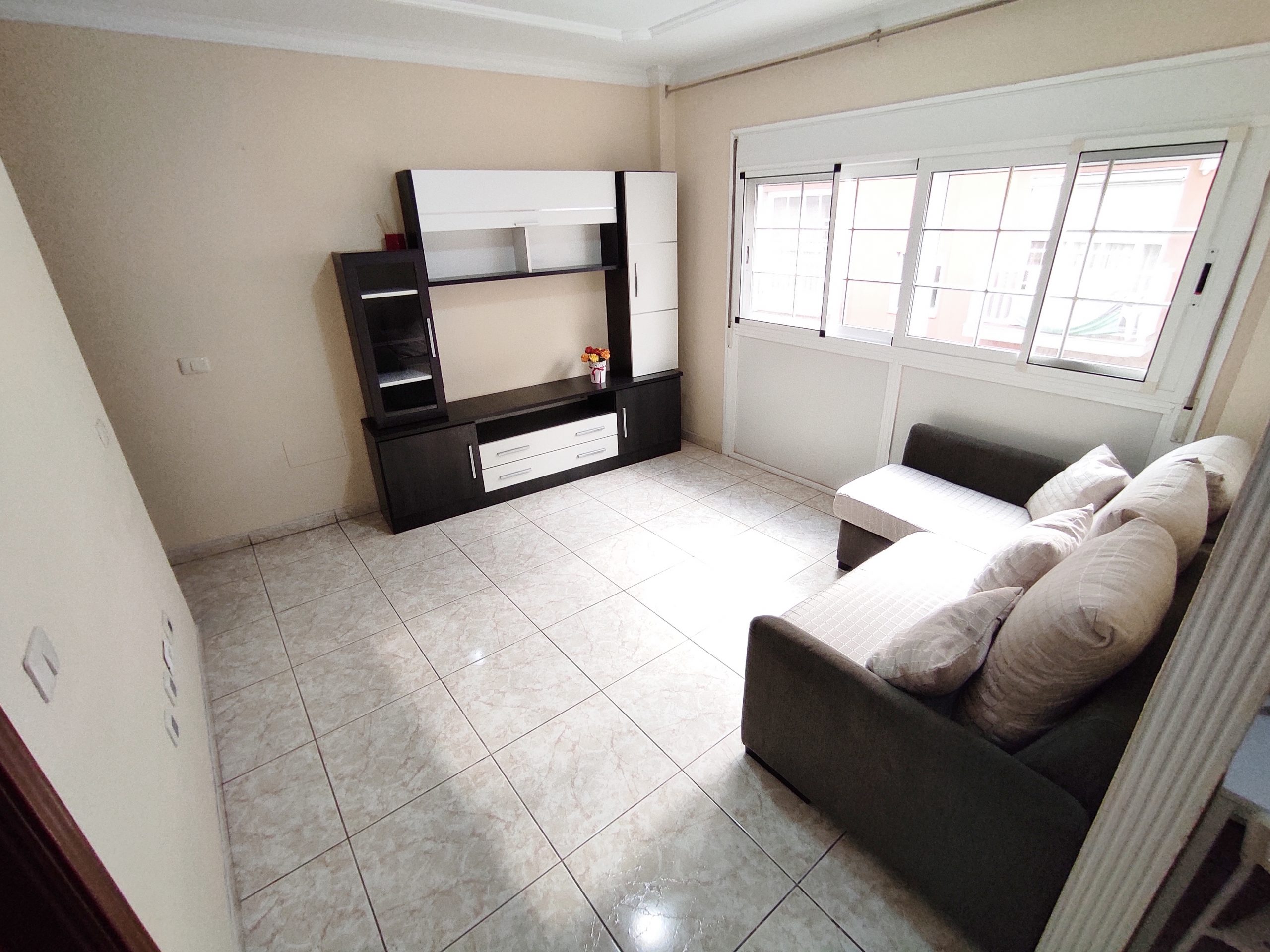 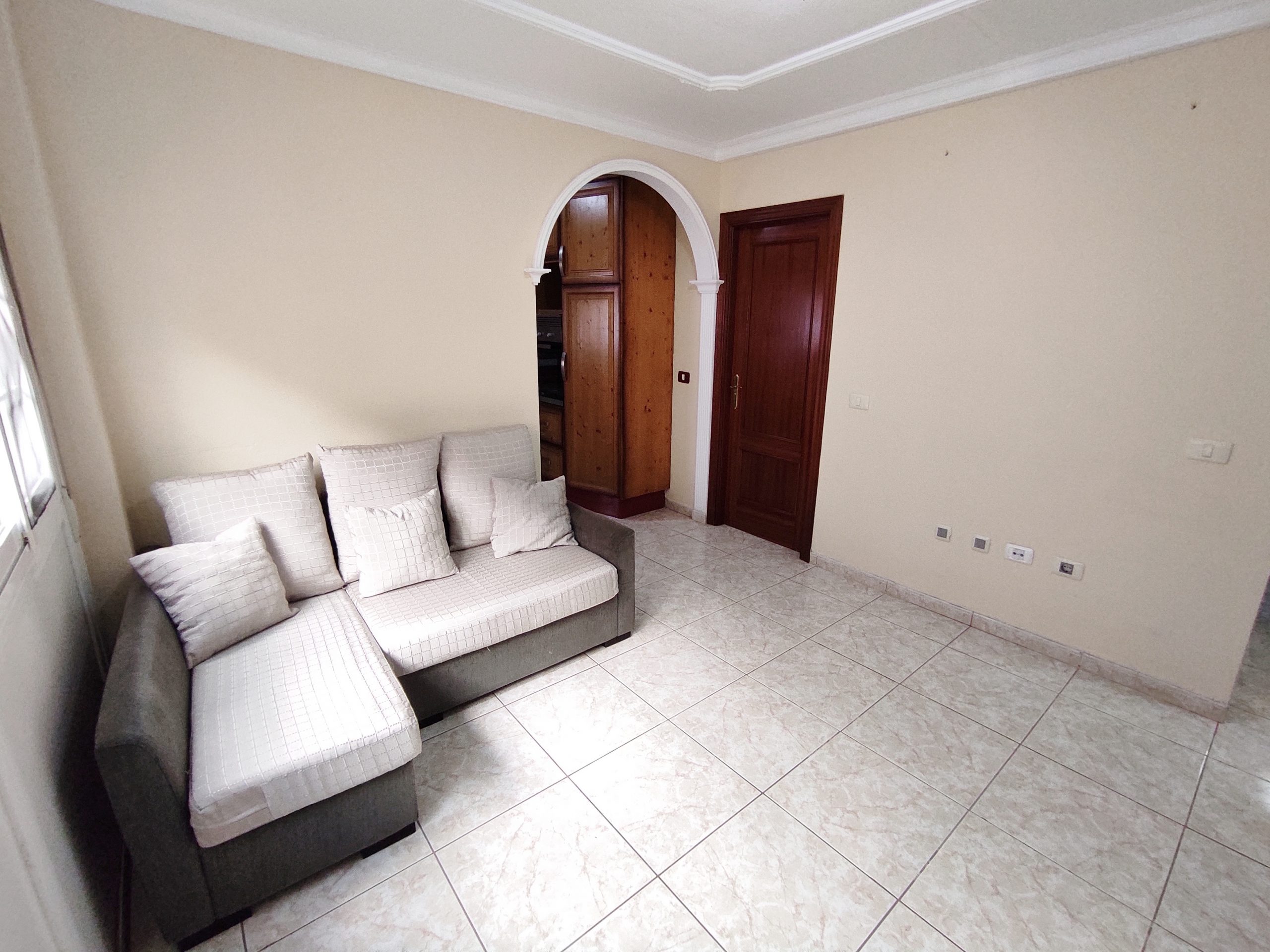 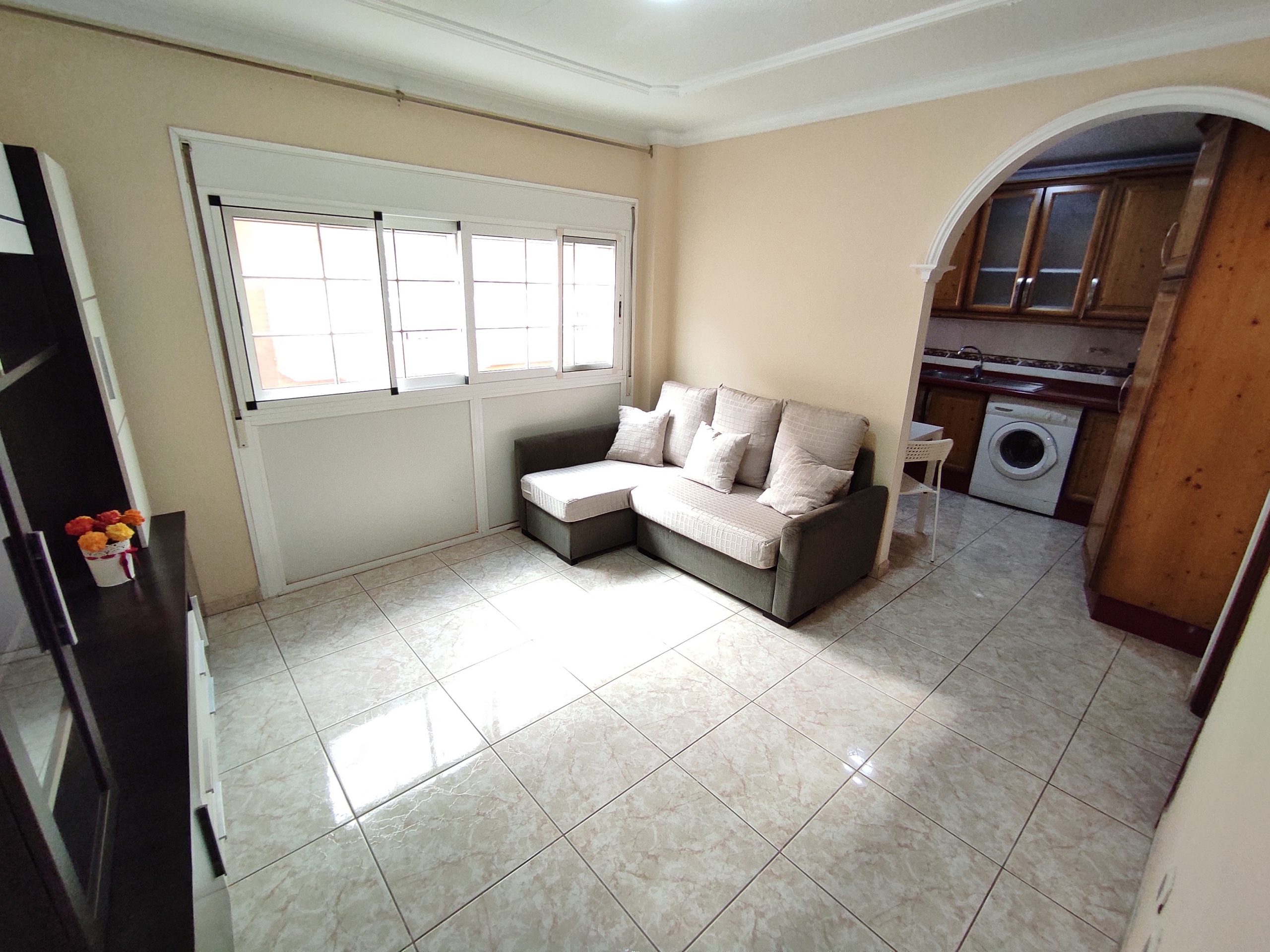 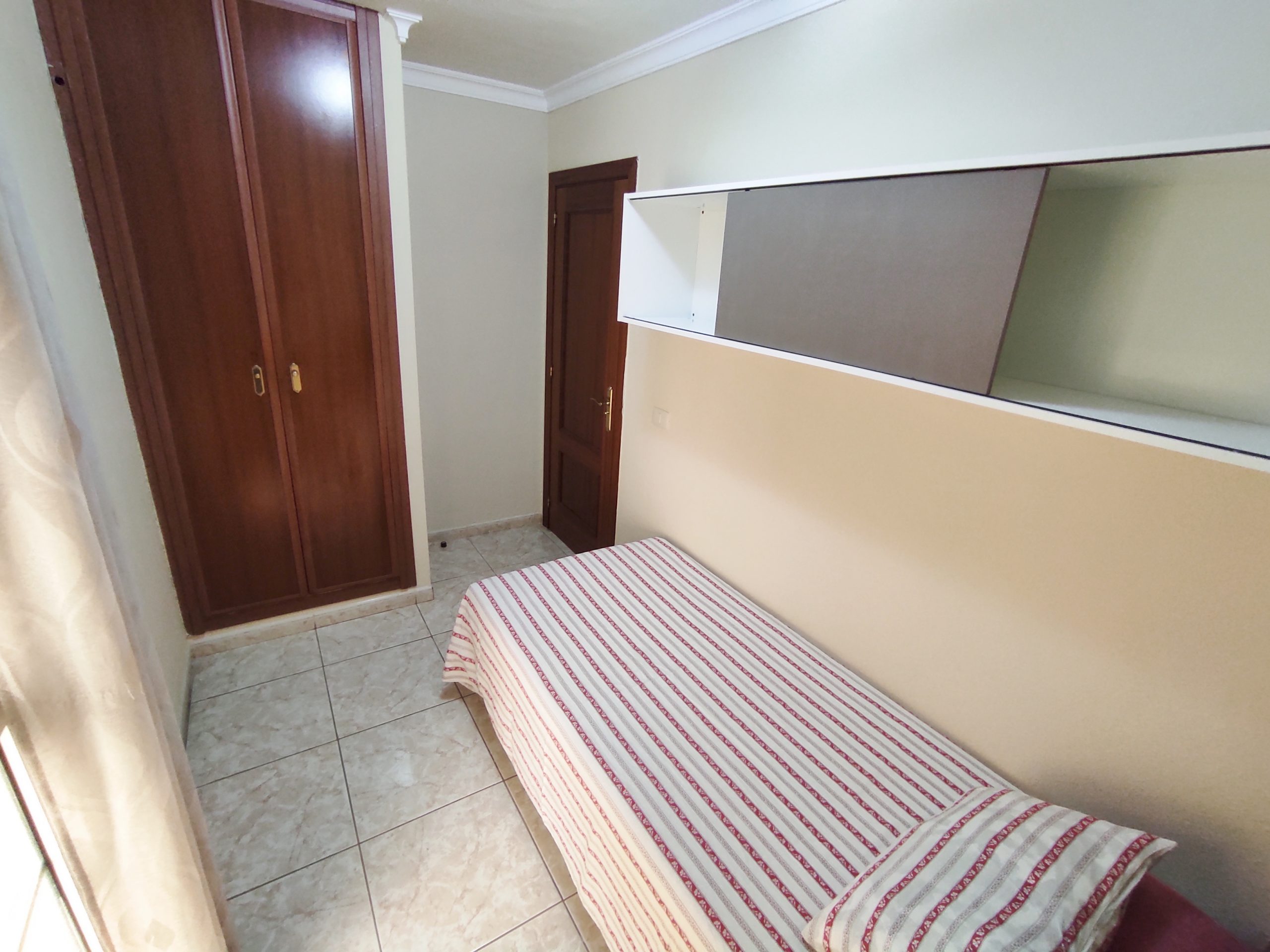 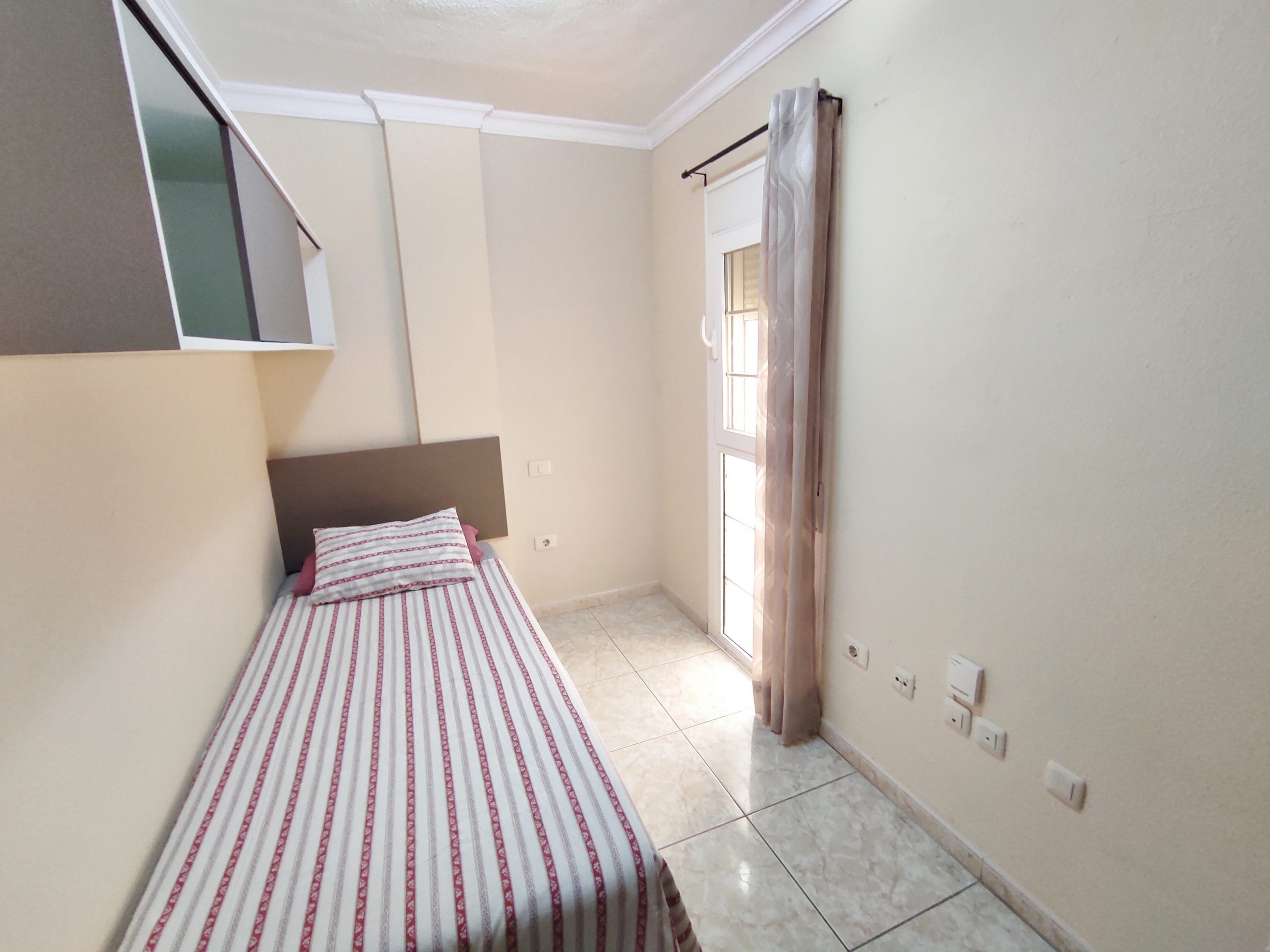 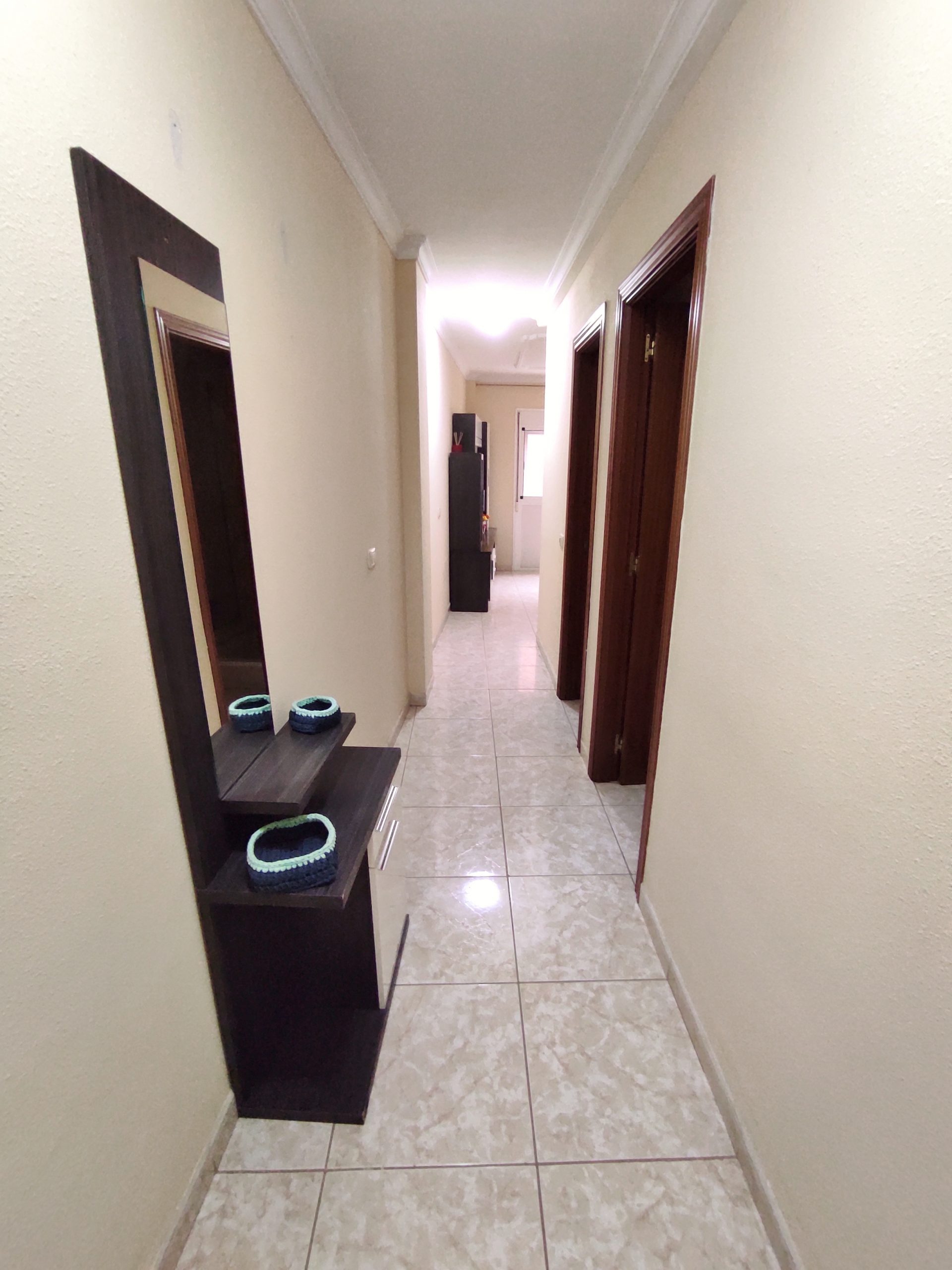 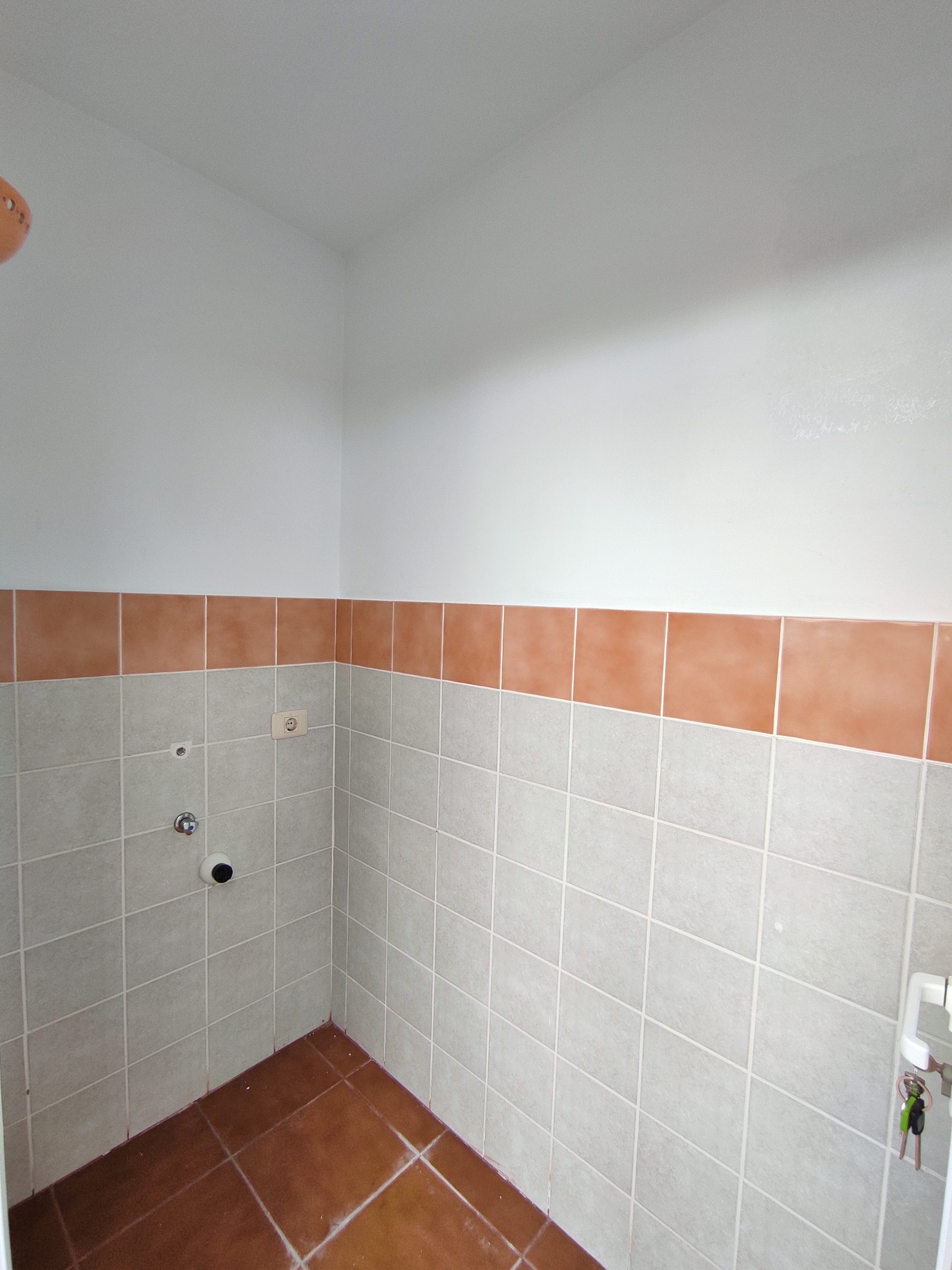 The Violeta del Teide house is located in one of the best areas to live in the south of Tenerife. Guargacho is a quiet town, which has everything you need to live comfortably, even if you don’t have a vehicle.

In addition to enjoying the privileged weather of the south of Tenerife, Violeta del Teide is just a few minutes walk or by car from all the services and places of interest.

This rental apartment is located in one of the quietest streets of Guargacho, where parking is very easy and the bus and taxi stop are less than 5 minutes away on foot.

Violeta del Teide is located in one of the best areas to rent an apartment in Tenerife South. The tenants of this rental accommodation can access a wide variety of services walking.

Less than 5 minutes walk, we can find a medical center, a pharmacy, several bus or taxi stops, bars and restaurants, car workshops, florists, hairdressers, bakeries, several supermarkets with 24-hour service, sports centers… These are just some of the services that are in the surroundings.

In less than 10 minutes walk we can get to the Guargacho soccer field, places of worship, and much more.

Guargacho is strategically located in the south of Tenerife, and it is one of the towns with the best public transport communication.

Just a 5-minute walk from Violeta del Teide house, there are several bus stops. The lines, which pass every few minutes, have destinations or stops at the main points in the south of Tenerife:

Also, just a 5-minute walk from this rental apartment are the main taxi stops in Guargacho.

Those looking to rent a flat near the beach in Tenerife will be happy to know that Violeta del Teide is less than 6 minutes from the nearest beach.

Only 5 minutes by car from the house, we find Las Chafiras. In this place, there is a great concentration of services.

In Las Chafiras we find large supermarkets, such as Lidl, Mercadona or HiperDino; fast food restaurants like KFC, McDonalds or Burger King; vehicle dealerships and car rentals in the south of Tenerife; ITV; service stations and gas stations; pet stores; toy stores; furniture or electronics stores, such as Conforama and Worten; and many other services.

Renting an apartment in South Tenerife so close to all these services is a privilege.

We can get from Violeta del Teide to Tenerife Sur Reina Sofía Airport in less than 10 minutes.

Just 15 minutes away we can find the large hotel and tourist areas of the south of Tenerife: large shopping centers, cinemas, the world’s number 1 waterpark (Siam Park), large beaches, shopping and promenades areas…

The Los Cristianos harbor is also located less than 15 minutes away. The main ferry lines leave from this port to the islands of La Gomera, El Hierro and La Palma.

These are just some of the things to do in Tenerife that are less than 15 minutes away from Violeta del Teide. If you are looking to rent houses in Tenerife, we are sure that you will want to be so close to all these services and amenities.

The weather in our houses

All our homes have security locks installed on the door

Community fee expenses are included in the rent

All of our rental homes have home protection insurance

Our rental houses are fully furnished, ready to move into

Our houses are checked to make sure everything works perfectly

We offer you our houses to rent totally clean and disinfected

Our houses to rent are in perfect condition, with no stains or flaws

Do you want to live in Violeta del Teide? 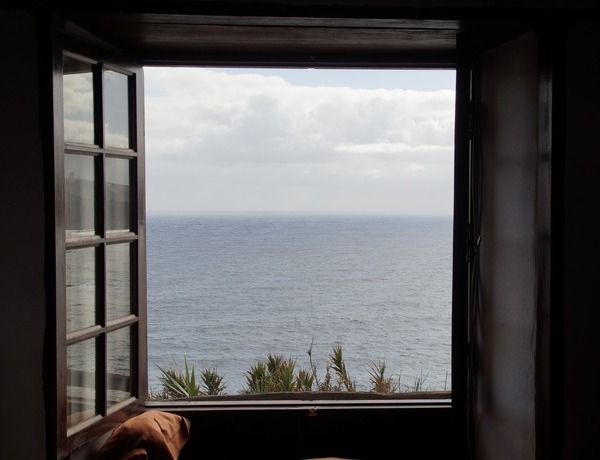